The frantic pace of life in Brooklyn was wearing down Melodie Winawer, Susanna Stein and their three teenagers.

“I was sleeping five hours a night,” recalls Winawer, 53, a physician-scientist and associate professor of neurology at Columbia University Irving Medical Center. “Everybody was out all the time. The kids were up till midnight every night doing homework. It was just, run, run, faster, faster. We basically never stopped!”

Then the pandemic arrived.

“I watched New York deteriorate as everything shut down,” says Winawer. She saw her kids’ mental health deteriorating as well, as school moved online and they became isolated from their friends.

So when the school year ended, Winawer and her wife, Stein, 58, senior director of faculty affairs at New York University Stern School of Business, brought the kids to Vermont to enjoy some respite. When they returned to New York, Winawer realized she was still pining for the Green Mountain State. Nine days later the family returned.

Vermont offered an opportunity to live a different life, and the couple grabbed it. They purchased a 150-year-old farmhouse on an 8-acre former horse farm on a hilltop in Ludlow and moved the family north in October 2020.

The Winawer-Stein family joins a large number of out-of-staters who planted roots in Vermont during the pandemic. They fled cramped city apartments and high Covid rates for open space, closeness to nature, and the best pandemic response in the nation. Sales of Vermont homes to out-of-state buyers jumped 38% in 2020 over the year before, the highest level in years, according to data collected by the state’s Department of Taxes and analyzed by the Vermont Center for Geographic Information.

It’s a similar story for actor and singer Susan Haefner, who, when not performing on Broadway or touring, has been escaping since 2011 to a home she bought in Andover. When theater work dried up, she dug her roots into Vermont more deeply in lockdown and launched a business: Little Yellow House Studio.

And Daniel Tilly, who was living in London when the world shut down, hightailed it to his family’s summer home in Mount Holly, then settled in and launched a craft beer company.

Up on South Hill in Ludlow, Winawer and Stein were discovering that their idyllic farmhouse is, in Winawer’s words, “a rambling work in progress with a lot of beauty and character and a lot of hidden booby traps.” She adds, “But we wake up to beautiful views of the sunrise over the Green Mountains.” She also says she derives deep satisfaction in digging her hands into the rich soil to tend her flower and vegetable gardens. Her second novel, Anticipation, is forthcoming by Simon & Schuster in November, and she’s been gratified by the interest local bookstores have shown.

Meanwhile, Stein has discovered her own muse in Vermont. She had taken a couple of woodworking classes in New York but had no way to pursue the craft. Here, she converted the garage into a workshop, learned to tile and installed backsplash in the kitchen. She built a table, a sideboard, a desk and a bed.

She started baking sourdough bread and has even whipped up goat yogurt.

“We’re almost a cartoon caricature of ourselves,” Winawer says with a chuckle.

The pressure has lifted off the kids’ shoulders as well. Despite the year’s isolation, they have thrived. They spent hours snowboarding on the slopes of Okemo; even Winawer strapped on skis for the first time in decades. Their oldest child took a summer job, and the others took summer classes in writing and pottery. In the fall, they started school in Woodstock.

Everybody is well again,” Winawer says.

Susan Haefner feathers her Vermont nest by picking blueberries and performing concerts for herself on her expansive lawn, where “the acoustics are perfect!” She marvels that the mixed blessing of Covid-19 meant that she could end her nomadic lifestyle and settle in.

When she lived in New York, there was “this underbelly of stress because it’s harder to get through the day. Here I can spend a morning working, then drive home over the mountains, taking in the beautiful views.”

Haefner says she’s also found it easier to cultivate deep friendships here. “It’s just easier to make meaningful connections, but have the privacy that we need, because we all live in the woods. And I like the people. They take the time to look each other in the eye and help each other.”

Daniel Tilly, 32, a Connecticut native, spent summers in Vermont throughout his childhood. After graduating from Wheaton College, an evangelical liberal arts college and graduate school in Wheaton, Illinois, in 2012, he took what he calls “the corporate route of a business student,” living in New York, Charleston, Amsterdam, and London.

Through it all, he used his parents’ Mount Holly summer house as a place to escape and de-stress. “So when the pandemic happened,” he says, “that was the natural place to hunker down.”

Vermont worked its magic, and Tilly hasn’t left. While working remotely for a financial services company, he began pursuing his passion: specialty beverage creation. He planted an orchard and bottled wine for family and friends. Then he moved on to craft beer — and started thinking bigger.

“In college, I was growing wheatgrass in my dorm room as a health drink. Then I got into fermentation and loved the science behind it, and the way fermentation could change the flavor of beverages,” he says. “It’s always been in the back of my head that I would love to have this as a creative outlet and share my creations with the public.”

The pandemic created that opportunity, as Tilly found himself living in what he calls the epicenter of the craft beer market. He got certified for alcohol production and began reaching out for brewing partners. He cultivated relationships with local farmers, tested recipes, and had fun creating their names and labels. As soon as he partnered with Rutland Beer Works to do the commercial brewing, Mount Holly Beer Co. was off the ground.

“In December 2020, we launched our first beer, the Green Stand, named after the first bar that opened in Mount Holly after the Revolutionary War,” he says with pride. Vermont has welcomed his products with open arms, and you can find his brews in many local bars and restaurants, and as far north as Stowe and Burlington.

He’s watching to see what the future holds. But no matter how it plays out, Tilly says, “Moving to Vermont allowed me to manifest a dream come true: sharing my passion for beer and beer culture with everyone else for the first time.”

Winawer, Stein, Haefner and Tilly, like so many others, all found in Vermont a welcoming home filled with friendly, down-to-earth people who respect nature and love the land. The state offers a slower pace and space to breathe in a place where creativity flourishes.

In addition to providing relocation tools and resources for finding a home and job, the Think Vermont website offers the opportunity to connect with a Vermonter to learn more about “how to live, work and play in Vermont.” New residents can ask about houses of worship, LGBTQ and BIPOC resources, remote work options, volunteer opportunities, arts and cultural opportunities, and more.

A former journalist and marketing professional, Lisa Hamm-Greenawalt lives part-time on a lake in Ludlow and spends the rest of the year traveling and blogging at messysuitcase.com. 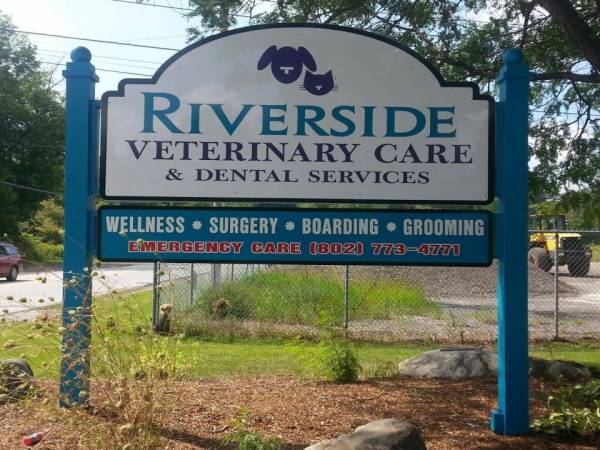