MEMBER OF THE MONTH – Troy Wunderle of Big Top Adventures

Troy Wunderle of Big Top Adventures in Chester has been selected as our Okemo Valley Regional Chamber of Commerce November 2022 Member of the Month for his recent “Excellence in Education Award” from the American Circus Educators Association!

This biennial award is given to an individual based in the USA who demonstrates excellent in circus education. The recipient of this award demonstrates the following qualities:

The American Circus Educators (ACE) Association was formed in 2014 as a branch of The American Youth Circus Organization (AYCO). ACE is dedicated to supporting circus educators and is the trusted authority when it comes to all things circus education and is the primary source for professional development, networking, and information about circus education for anyone identifying as a circus teacher, educator, coach, program director, parent, or administrator.

Wunderle’s Big Top Adventures promotes world class circus programming, entertainment and exploration for all ages. Founded by Troy in 2007, they offer circus entertainment of all kinds including Shows, Residencies, Workshops, Camps, School Residencies, Strolling Entertainment and Corporate Events. His services are mainly offered throughout New England. Troy is the only full-time employee but he occasionally hires independent contractors as well.

Troy believes the best feature of his business is the interactive entertainment it offers for all ages and abilities. He creates his programming to fit the individual needs of each client. Many might find the scope of work that he does very surprising. His programming can be small and initiate or very grand. Troy works with toddlers at times and have entertained countless celebrities and even a president! He has directed circus programming in four separate counties and been in movies and on national TV shows like Disney. Troy has performed at huge music festivals and volunteered at small local fundraisers. He has directed workshops in senior homes for the oldest members of our community and ran circus programming in jails for incarcerated felons. Troy has performed in hospitals, art centers, recreational facilities, theaters and the list goes on. He has entertained everything from an audience of one to performing for audiences as large as 100,000 people. Troy was also the featured non-musical performer at the the chamber’s annual Best of Vermont Summer Festival.

Troy says the biggest challenge Big Top Adventures has faced has definitely been COVID. It forced him to shut down for an entire year until interactive entertainment was once again acceptable. He used this time off productively however to reboot his systems, organize his assets and design a new website www.bigtopadventures.com. He is thrilled to say that he is back and busier than ever. This Fall has been his most successful season to date!

Troy is always working on future plans. In addition to maintaining repeat clients and securing new ones, he wants to continue to expand his companies offerings. Troy now owns two small tents and hopes to create new outdoor programming throughout New England this Summer.

Wunderle’s Big Top Adventures has only been a chamber member for 2 years. Troy thinks the benefits of belonging to the chamber are the  connections and exposure to other movers and shakers in our community. 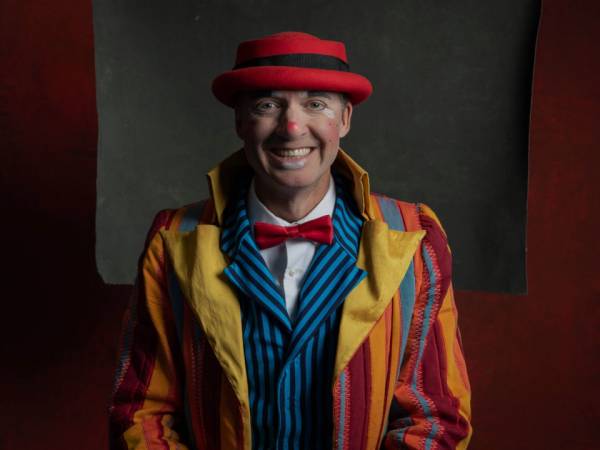