MEMBER OF THE MONTH – David Waldmann of VT Hardwoods

David Waldman of Vermont Hardwoods in Chester was selected as the July 2022 MEMBER OF THE MONTH to celebrate his 40th Anniversary with the company! He has been with the company since 1982, became the owner & VP in 1988 and the president in 2010. He and Rebecca (his wife & business partner) have two grown children, one of which also works at Vermont Hardwoods.

Vermont Hardwoods produces picture frame molding, solid wide plank pine & hardwood flooring, architectural moulding, stairs and more. The company was originally formed in 1979 as a division of HP Kiln Corp, a custom kiln drying operation, to provide hardwood lumber to area craftsmen. In 1982, David Waldmann graduated high school and was hired as a customer service rep. A year later, David’s childhood friend, Roger Batchelder was hired to help out as part of a school-to-work program. Within the next few years David became store manager and Roger became the shop foreman. In 1988, Roger Batchelder and David Waldmann purchased Vermont Hardwoods. In 2003, Vermont Hardwoods was approached by Peter Heyniger who wanted to sell locally sourced hardwood in southern Vermont and needed a place to store material and someone to mill it into flooring. Over the next four years, Peter grew his flooring business by working on relationships with mills, local homeowners and builders while Vermont Hardwoods handled the rest. By 2008, Peter decided it was time to move along and it was a natural extension for Vermont Hardwoods to take over since most of the milling was already being processed at their facility. In 2009, David & Rebecca purchased Roger’s share of the company so he could follow his lifelong call to work in the automotive field running Route 103 Auto a fellow OVRCC Chamber member. While The Flooring Mill name was initially kept to ensure familiarity and continuity it became apparent that there were efficiencies to be gained by merging the two identities in 2019. Since most of the Vermont Hardwoods brand had been developed more than 30 years before, and had become somewhat muddied over the years, the decision was made to combine the two brands into one totally new one. The current brand was unveiled in July, 2020.

Vermont Hardwoods now operates with 14 employees and they serve a market area primarily the northeast, but the entire USA and Canada as well. David believes the best feature of his business is their employees! People find it surprising that their primary product produced is picture frame moulding. The biggest challenge for the business is finding more employees. The future plans for the business are continued slow, steady growth.

Vermont Hardwoods has been a chamber member off and on for almost 20 years. While the original reason they became members was to participate in the VACE health insurance plan, now he feels the benefit of Chamber membership is that it ” gives us some legitimacy in the eyes of some potential customers, as well as networking opportunities.” 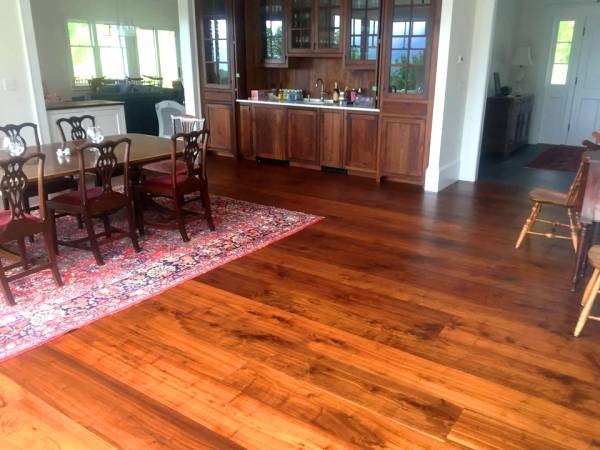