“O Brother, Where Art Thou”, a comedy-drama, Comes to Ludlow, February 26 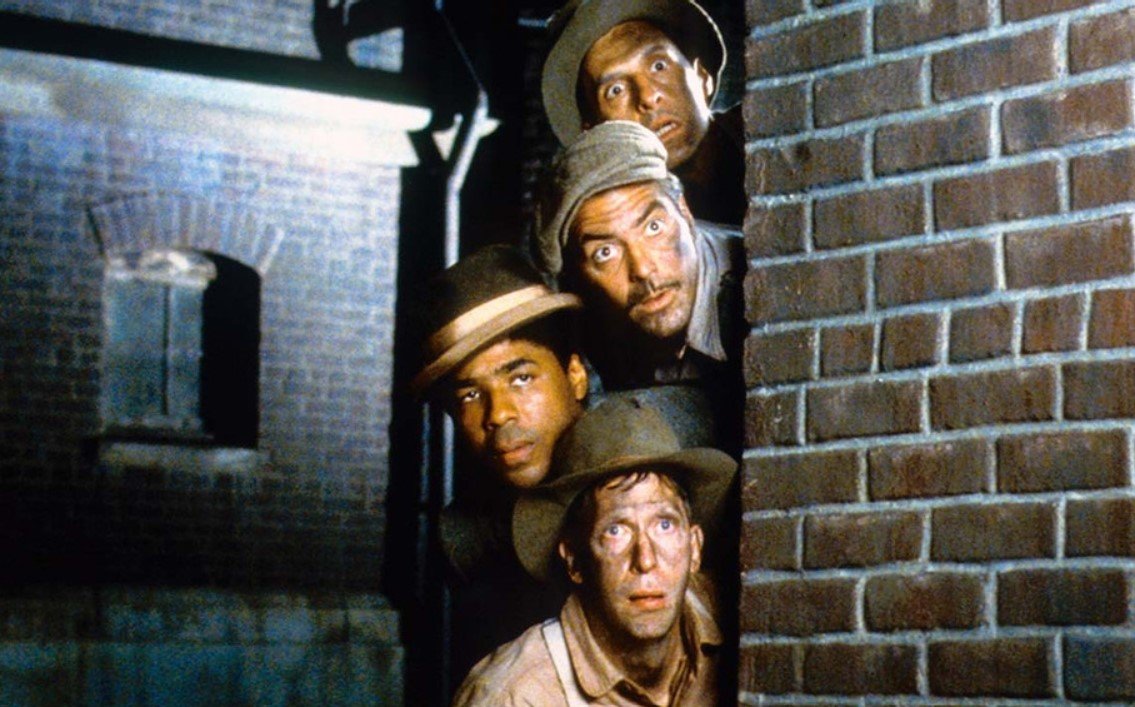 FOLA will present “O Brother, Where Art Thou”, at the Heald Auditorium in Ludlow’s Town Hall on Saturday, February 26 at 7 PM. O Brother, Where Art Thou? is a 2000 crime comedy-drama film written, produced, co-edited and directed by Joel and Ethan Coen, and starring George Clooney, John Turturro, and Tim Blake Nelson, with Chris Thomas King, John Goodman, Holly Hunter, and Charles Durning in supporting roles. The film is set in 1937 rural Mississippi during the Great Depression. Its story is a modern satire loosely based on Homer’s epic Greek poem The Odyssey that incorporates social features of the American South. The title of the film is a reference to the Preston Sturges 1941 film Sullivan’s Travels, in which the protagonist is a director who wants to film O Brother, Where Art Thou?, a fictitious book about the Great Depression. Three convicts, Pete and Delmar led by Ulysses Everett McGill, escape from a chain gang and set out to retrieve a treasure Everett said was buried before the area is flooded to make a lake. The three get a lift from a blind man driving a handcar on a railway. He tells them they will find a fortune, but not the one they seek. The trio make their way to the house of Wash, Pete’s cousin. They sleep in the barn, but Wash reports them to Sheriff Cooley, who, along with his men, torches the barn. Wash’s son helps them escape. They pick up Tommy Johnson, a young black man, who claims he sold his soul to the devil in exchange for the ability to play guitar. In need of money, the four stop at a radio broadcast tower where they record a song as the Soggy Bottom Boys. That night, the trio part ways with Tommy after their car is discovered by the police. Unbeknownst to them, the recording becomes a major hit. What follows is a tale of how the wandering escapees eventually recover the predicted fortune, survive three “sirens”, a one-eyed bible salesman, and assorted other woes. The film is open to everyone and is free; donations are appreciated. Water is provided thanks to the folks at the United Church of Ludlow. Following town Covid policy, masks are required for all. For information, 802-228-7239 and https://fola.us.
Add to Google Calendar
Add to iCalendar