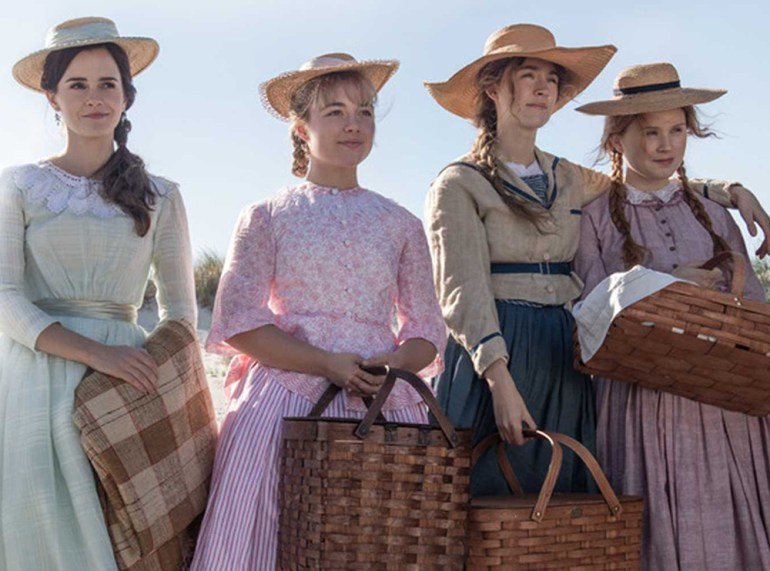 FOLA will screen the classic film, “Little Women” at the Heald Auditorium in Ludlow’s Town Hall on Wednesday, December 29 at 5 PM. Little Women is a 2019 American coming-of-age period drama film written and directed by Greta Gerwig. It is the seventh film adaptation of the 1868 novel of the same name by Louisa May Alcott. It chronicles the lives of the March sisters—Jo, Meg, Amy, and Beth—in Concord, Massachusetts, during the 19th century. It stars an ensemble cast consisting of Saoirse Ronan, Emma Watson, Florence Pugh, Eliza Scanlen, Laura Dern, Timothée Chalamet, Meryl Streep, Tracy Letts, Bob Odenkirk, James Norton, Louis Garrel, and Chris Cooper. The film, through flash backs, details the lives of the four sisters, their goals, ambitions, loves, and problems in the classic manner that has delighted readers and viewers for many years. The film garnered six Academy Award nominations, including Best Picture, Best Actress (Ronan), Best Supporting Actress (Pugh), Best Adapted Screenplay and Best Original Score, and won for Best Costume Design. It also earned five British Academy Film Award nominations, with a win for Best Costume Design, and two Golden Globe Award nominations. On review aggregator website Rotten Tomatoes, the film has an approval rating of 95% based on 425 reviews, with an average rating of 8.6/10. The website’s critics consensus reads: “With a stellar cast and a smart, sensitive retelling of its classic source material, Greta Gerwig’s Little Women proves some stories truly are timeless.” As with all FOLA movies, the event is free and open to everyone; donations are appreciated. In keeping with the town policy on Covid-19, masks are required for those not vaccinated and recommended for those vaccinated. For information, (802)228-7239 and https://fola.us.